I use the hashtags with intended respect to the movement “Dallas Strong” and the memory of 13-year old Shavon Randle. 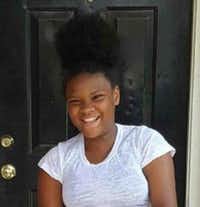 Yesterday marked the anniversary of a horrific crime in Dallas that united a nation in abject disgust. A blue president joined a red president to grieve the abominable nature of shootings targeting our brave men and women in the Dallas Police Department and Dart Police. Twitter was filled with people expressing sympathy through #DallasStrong. Our police chief and mayor focused on unity through peaceful and productive reactions, not incendiary ones. As a result, the city stayed calm.

I am a single mom and supporting my son alone. We will be “diner” people for the rest of my life, though I hope he will have the option of five-star restaurants, if he should choose them. One reason we will be “diner” people is my desire to pick up the check of first responders I see. Paying 20 dollars for 2 Lunch Enchilada plates at El Arroyo for two female DPD that protect this city? Nothing.

My fervent prayer is that our DPD and Dart police officers realize how much this city not only supports them, but will not tolerate crimes against them. Do we expect the DPD and Dart Police to operate fairly and justly? Absolutely. Every life matters.

So, why do I mention Shavon? Because it’s time to protect the next group that needs protection – our children.

Dallas, let’s be truly #DallasStrong. Let’s be a city that calls out the fact that every person implicated in the July 2017 horrific Dallas crime detailed here is a person of color that is or is under the age of 30.

As adults, we have many jobs. At the local level, one of the most important jobs we have is making certain that every child is given the best start we can given him/her.

These alleged criminals were Shavon’s age. What did Dallas do to help them achieve good health? good educations? good homes? SAFE homes? SAFE schools? SAFE communities? Conjecture here, but I’m guessing their “jobs” as children were not strictly focusing on school. Take a look.

According to city-data.com, here is a comparison between crime stats in Highland Park (a small community in Dallas county with excellent schools) and Lancaster (Shavon’s community) in relation to the US average. What you will notice is primarily two-fold. First, notice the stark contrasts between these numbers (there are no stats for Lancaster in 2014 or 2015). Second, this is key, notice that the trend in HP and the US is a decrease. It’s not so for Lancaster.

Next step in #DallasStrong is being stronger. There is strength in being honest about what we are not doing well, as we saw last year. Our brave men and women in blue needed our support. 2017 – we are failing our children, Dallas. We need to be honest, get #DallasStrong, and step up. One of the best ways to step up? VOTE. Inform yourself about candidates supporting a stronger public school system with better pay for teachers, better security (not armed security), etc. Support candidates fighting for healthcare for all, not just those who can afford it. Support anyone trying to pull people up, instead of kicking them when they are down. Volunteer and get involved in educating all Dallas’ kiddos – not just your own.

#DallasStrong – the new chapter. All of Dallas’ children deserve it.