Isis was the goddess of fertility. A goddess that drew her power and influence from the sacred source – life. Her purpose found its roots in the creation of humanity – not the destruction of it.

Isis was considered the mother to all children – rich and poor, healthy and sick, old and young. She answered pleas based on a cry for help. She is usually depicted with outstretched arms, denoting her desire to wrap all creatures in her embrace.

In 2016, one can use Isis as an abbreviation for something else. But there is one true Isis; she is not an abbreviation. In fact, Isis is worshiped today as a goddess.

Isis and her husband, Osiris, were captured quite poignantly in the opera, Die Zauberflöte (the Magic Flute), composed by Mozart and libretto written by Emanuel Schikaneder.  https://www.youtube.com/watch?v=2eQkgZ-pz1A

Words associated with Isis include:

Words not associated with Isis include:

For ancient Egyptians, she was the savior and The Mother. She was the protector and not of a few “select” group. She protected any and all who prayed to her. 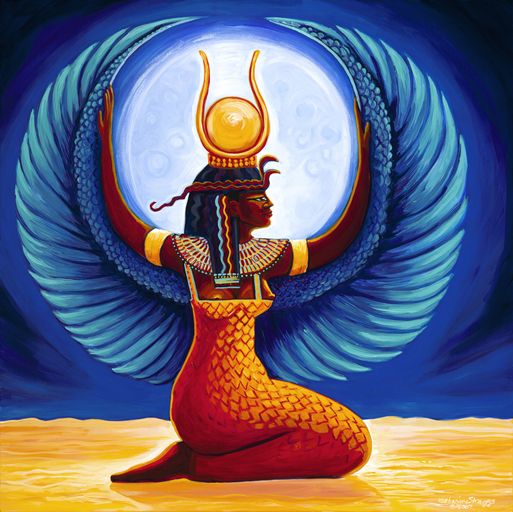